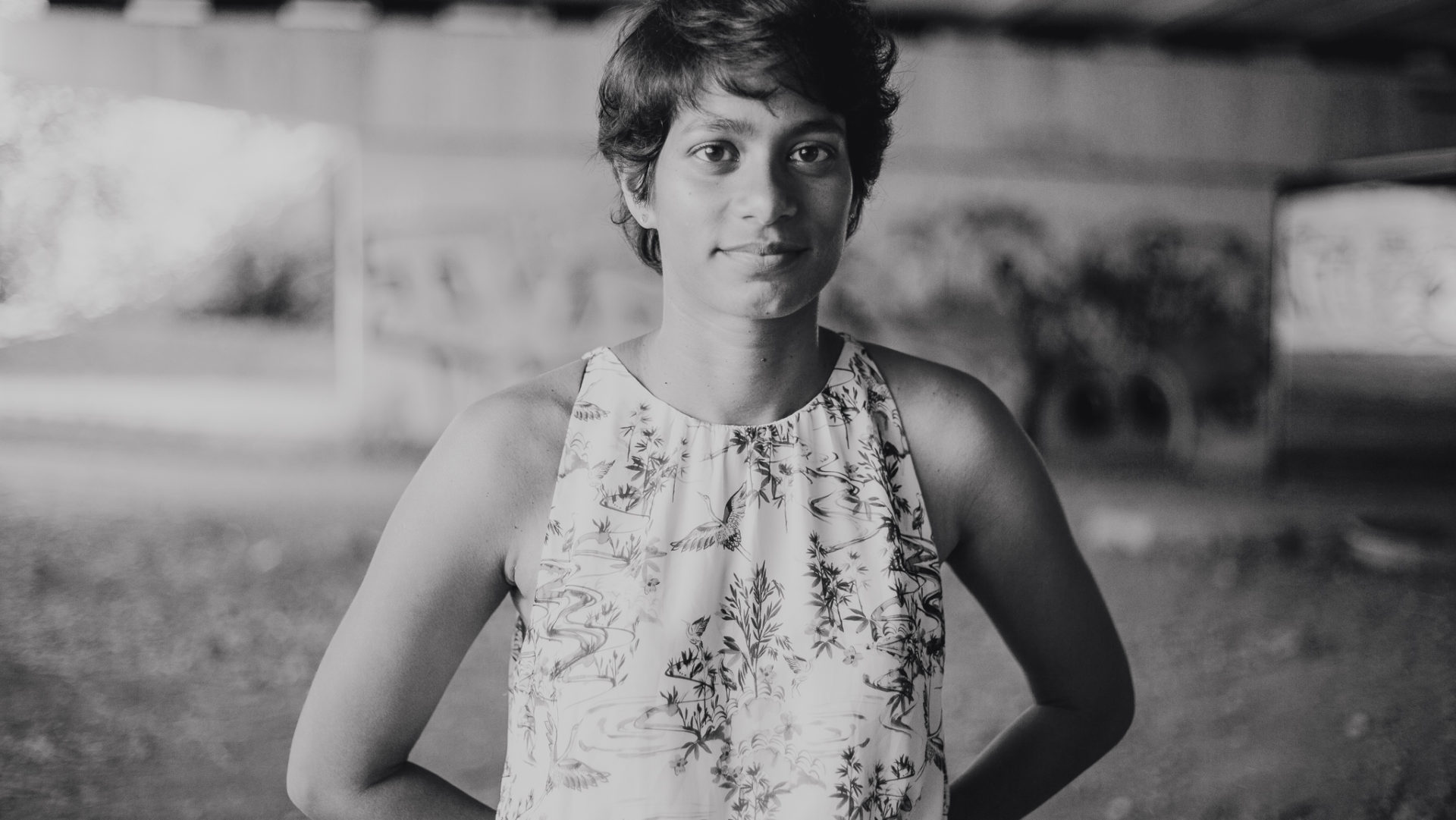 “Through music, we will realize how similar we all are. This will help us to make the world a little better.

After receiving her BA in music performance at the conservatory of Amsterdam, Srilankan born soprano Meneka Senn decided to specialize in (early) opera. She was a student at the Exzellenz Program in Mainz where she followed lessons with Andreas Scholl and Ton Koopman among others and proudly graduated her Master of Music at Fontys Conservatory Tilburg in 2019.

Her love for opera began when 13 year old Meneka was invited to join the Monteverdi-cycle at the Dutch National Opera , directed by Pierre Audi.

During her musical studies, she received important vocal impulses from Linda Rands, Robert van der Vinne and Peter Kooij.  After the Monteverdi cycle, she participated in several opera productions at the Dutch National Opera (DNO) directed by Peter Sellars, Pierre Audi and Willy Decker.  Being so at home at the DNO, in 2020 she has been given a place in the stage directors team for the Holland Festival Production of Rusalka (Postponed to 2023 due to Covid-19)
Followed by Le Nozze di Figaro and the worldpremiere of Eurydice , die liebenden Blind by Manfred Trojahn in 2022.

She performed with conductors like  Sigiswald Kuijken , Maris Kupcs , Fabio Bonnizoni and Raphael Alpermann on different operatic projects and sang in the ensembles of Philippe Herreweghe, Peter Philips and Ton Koopman.
February 2017 Meneka was accepted into the Carnegie Hall young artist program in New York where she worked alongside the Tallis Scholars.

Season 17-18-19 Meneka was involved as a soloist at the Opera of Pilzn (Czech Republic) and performed the roles of La Musica and Euridice in Monteverdi’s L’Orfeo. This production also premiered at the Markgräfisches Theater in Bayreuth.
With Experimental music theater group SILBERSEE and de Toneelmakelrij, Meneka performed the role of Pamina in 2019/2020 in the production of De Toverfluit. this production toured the netherlands and belgium for several months.

Meneka is co-founder of the Dutch opera company B.O.O.M! Bold Opera On the Move where she produced and directed music performances untill 2019 for various festivals and concert series throughout the Netherlands.
In 2019 she founded a new company called YALA MUSIC. This company collaborates with different musical professionals around europe. The first project was conducted in Split, Croatia, where YALA MUSIC recorded a CD of the forgotten “Sacre Cantiones” by Croatian composer Ivan Lukačić. Proud to announce that a second edition of this project is already in the making. More information about this successful project can be found at www.yalamusic.eu

Apart from musical projects, Meneka also provides discussion evenings with like minded performing artists about the future of the performing arts business seen from the light of various new age philisophers such as Eckhart Tolle who granted Meneka a full scholarship for his course Conscious Manifestation in march-may 2020. More information about these mastermind evenings (open to all performing artists) can be found at yalamusic.eu/discussion/

“To me,  Any Art is meant to make the spectater think about his own behaviour. Therefore artists play a crucial part in the society’s mental health. If we (artists) manage to learn enough about ourselves and be wise enough to play our cards in a conscious way, our Art can change the world.”

Apart from singing herself, Meneka likes to fulfill duties behind the stage. She has been working as an assistent director, production leader, production and stage manager at various opera festivals and houses. She also works as a creative producer with different theater and music ensembles.